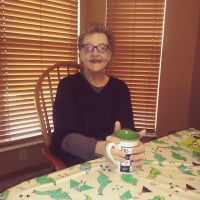 Anyone have experience including this added metastatic risk factor, please?