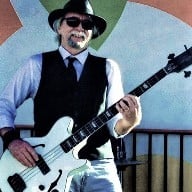 When I was first diagnosed I visited this forum many times. Although I never posted anything, I gained much knowledge and felt a great deal of support. Now I want to relate my experience with the hope that someone else who is facing the same thing will benefit as I did.

(As a point of reference I'm male, and was 66 years old and in otherwise excellent health at time of diagnosis.)

In October 2016 I discovered a lump in my right groin area. Originally diagnosed by my primary care doctor as a hernia I was referred to a hernia specialist. He ordered a CT scan that came back negative for hernia but positive for a swollen lymph node that needed to be biopsied. In early December 2016 the biopsy result was squamous cell cancer and I was referred to an oncologist.

Treatment consisted of 30 radiation treatments (called fractions) over six weeks with chemotherapy during the first and last weeks.

For the chemo part I had a port-a-cath implanted under the skin, just below my right collarbone, that tapped into an artery. A small tube from a portable chemo pump was attached to the port. The pump was the size of a small purse and every 30 seconds, for 96 hours, it would run for a few seconds and administer a small amount of Mitomycin C and 5-Fluorouracil (5-FU). Additionally at the start of each of the two chemo infusion weeks I went to the chemo clinic and was hooked up to a chemo IV for about an hour. The rest of the time I just wore the pump as an outpatient.

For the radiation  treatments I went to the radiation oncology department of my local hospital five days a week, Monday through Friday. (My hospital uses a Tomotherapy machine so I can only relate this particular type of therapy but I imagine other radiation machines are similar.) I would arrive at the center and change into a hospital gown. Then lay on the machine table which looks similar to a CT machine (actually it is part CT) The treatment took approximately five minutes but you have to remain completely still so the radiation beam hits where it's supposed to.

Both chemo and radiation started the same day. First I went to the chemo clinic. I was placed in a very comfortable reclining chair, an IV was placed in my arm and an infusion of chemo meds begun. Almost immediately I noticed a chemical taste in my mouth and smell in my nose. Not extremely overpowering or but certainly not very pleasant. The infusion lasted about an hour. When it was done  the chemo pump tube was attached to the port-a-cath in my chest and turned on. The 96 hour (4 day) infusion kept the chemical taste and smell constant. This is one of the things that takes your appetite away. It makes some things taste like cardboard and some things taste downright terrible. Some foods were ok. Banana splits tasted normal. Cold pizza of all things tasted good but hot pizza didn't. You will have to experiment.

Along with food issues the chemo would often make me feel queasy. The doctor gave me a prescription for anti-nausea pills but the last thing I wanted was more chemicals in my system. Fortunately I live in California so I had access to medical marijuana. I would STRONGLY recommend using it if at all possible. Cannabis is amazing at suppressing nausea. At the same time it stimulates appetite. For whatever reason the intoxicating effects were nil. It's great medicine. I got a small pen type vaporizer and kept it with me. Many times I woke during the night (the incessant vibrating of the pump would often wake me) feeling sick. I would reach for the vape pen on the nightstand and do two or three tokes. There was almost immediate relief from feeling sick and I could go back to sleep.

After the first week of chemo the pump was removed. The nausea stopped almost immediately. It took about three weeks for my taste and smell to return to normal. I enjoyed that for a couple of weeks until the second round during the last week of treatment, which was an exact repeat of the first round. I found the second round easier simply from knowing what to expect and which foods to eat. My weight loss wasn't bad at all. I went from 185 pounds to 175 over the course of treatment. The doctors were very happy I only lost 10 pounds. I credit appetite stimulation from cannabis with keeping weight loss to a minimum.

Another thing that helped was L-glutamine. The chemicals used to treat anal cancer have a side effect of causing mouth and esophageal sores which make eating difficult. L-glutamine is the most prevalent enzyme in our body. Chemo reduces the enzyme level in soft tissue which leads to sores. Replacing the enzyme stops sores from developing. I bought a large jar of unflavored L-glutamine powder at a health food store. It's not expensive. The dosage was two tablespoons in six ounces of apple juice three times daily. Take a mouth full and swish it around for a minute or two, then swallow. Continue until the juice is gone.  It is important to start using the powder the first day of chemo. Waiting until sores appear is too late and the powder will only slightly reduce the symptoms. I used it meticulously during the entire treatment period, not just the chemo weeks, and only developed one very small mouth sore that went away in a couple of days.

As far as hair loss goes I have a full head of hair and experienced only minor hair thinning. Maybe 10/15%, barely noticeable.

While the side effects from chemo happen almost immediately, radiation side effects take a week or two to start and increase over time. For me the main side effect of radiation was fatigue. I started noticing it after about a week. During the weeks between chemo treatments, when there was no pump making it difficult to sleep, I was sleeping ten hours at night and still would fall asleep for an hour or so a couple of times during the day. In spite of the fatigue I was able to drive myself to the hospital every day (although it was only 20 minutes each way).

Another side effect I had was what the doctor called skin breakdown. Since the cancer had spread to lymph nodes in my groin the focus of radiation was in that area. During the course of treatment my entire lower abdominal and groin area looked and felt sunburned. There are water based topical ointments that help (I used Aquaphor. Ask your radio medical team what they recommend. Also be sure to clean off all ointment prior to each treatment or the burning will be worse.) Even though the ointment helped keep the skin moisturized, after five weeks of treatments my skin started cracking and getting very sore. The doctor had me take a week long break from radiation. I didn't like the fact that I was delaying the end of treatment but it was necessary. Over the course of the week my skin healed enough that the final week didn't cause any problems. It took a couple of months for the skin to completely heal after completing treatment.

A side effect that is common in cases of radiation in the abdominal area is gastrointestinal distress, or the poops! The L-glutamine I used to help with chemo side effects works wonders for this problem too. Many times I felt abdominal cramping start but it would quickly subside after ingesting the L-glutamine.

My doctor told me that a common side effect of radiation treatments is diarrhea, and if that happened to cut back in fiber in my diet (I had been on a high fiber diet to keep regular and help with the hemorrhoid problem). I was so afraid if getting the poops that I went overboard and on day one of treatment I eliminated most all fiber from my diet. That caused immediate constipation and a hemorrhoid flare up along with a small fissure. I immediately went back to fiber in the diet but it was too late, for the remainder of treatment I often had very painful bowel movements. That was really the worst part of the whole thing. If not for the sore butt I feel I would have skated through everything with the help of cannabis and L-glutamine.

Recovery from side effects:

Chemo side effects go away quickly. The chemical taste and smell as well as nausea stopped within a couple of days after the last chemo treatment. By three weeks later my taste and appetite had returned to normal. The hair thinning stopped immediately but it took about a year for the lost hair to grow back.

Radiation side effects take longer to subside. The skin in the area treated took a couple of months to stop being sensitive, although there was no pain during that time. The fatigue took much longer to go away. Three months before I began to feel somewhat normal. At six months I was about 75%. It took around a year before I felt completely normal.

I am now 16 months post treatment. Three PET/CT scans, physical exams and quarterly blood tests have come back normal. My oncologist has reduced my scan frequency from six months to a year. I know since I was stage three and the cancer got in the lymph system there is a good possibility it will return at some point. But for now I feel great and all side effects are completely gone.

I know this has been a rather long post but I wanted to be as detailed as possible. I truly hope someone will benefit and their journey through diagnosis, treatment and recovery will be somewhat easier.