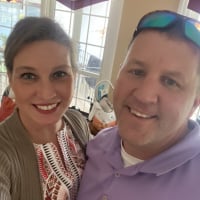 After lots of labwork and tests (chest xra, abdominal ultrasounds, ct scans) it has almost been diagnosed that I have a type of lymphoma. I am completely 100% new at this. I have an appointment with a surgeon Monday to excise a swollen lymph node in my neck. They will have a definitive diagnosis after this. After meeting with a pulmonolgist Tuesday to rule out Sarcoid, he is pretty much thinking it is a lymphoma vs sarcoid. I am anxious and nervous about the chemo/radiation that I will most likely be going through soon. Does anyone that has had this have any suggestions or opinions or any advice they can give me pertaining to this? Thanks so much!