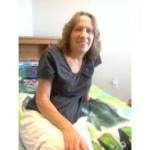 I havent been on here very often anymore.  Its been one thing after another.  I had a CT and PET scan done, it showed to small lesions/tumors.  So I went in for surgery and they removed both of them.  They sent them off for testing.  The results are one is inflammation and the second one is cancerous.  They said they removed it all but I still have to do chemo.  I really want to do the chemo part because of what I went thru before.  But I guess I dont have a choice.  I have gone thru all the emoitons already.  Any advice would be appreciated