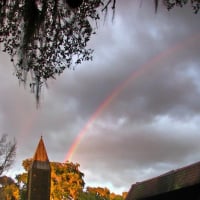 I am writing about a friend, who is 72 years old.  I have had lymphoma myself, but never prostate cancer (I am currently in full remission from lymphoma), and know relatively little about prostate diesease.

My friend Gary had his prostate (surgically) removed 13 years ago, and went cancer-free for 8 years. His PSA shot back up five years ago, and he has done radiation, hormonal therapy, and chemo in the last 5 years.  He was told he is terminal, and had perhaps six months to  live, two years ago.  During that time, he has been on two pallatative drugs, both of which brought his PSA down from 266 to around 50, for a while.

His PSA level last week was just shy of 600. The doc told him he would put him back on conventional chemo to extend his life, but he is refusing that at this point. The doc wants to speak with him again in two weeks.

He looks terrible, and about four months ago started losing weight, and has become quite skinny. He still drives and gets around a little, but is obviously very weak and frail. He says he feels no pain anywhere.

My blunt question to anyone who has studied high PSA readings is this:  Can he possibly have long to live ?  I visit him often, and am trying to do what I can for him, despite not being a relative.

Any insights are appreciated,