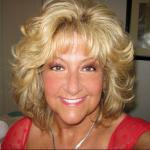 Hello all.  I have been away for a while and have come back to share information I had hoped not to share.  A recent needle biopsy confirmed that my RCC has metasticized to my mediastinal lymph node.  I have a couple of nodes on the lungs - 4 mm and 9 mm - that are "indeterminate", however, are most likely mets.  This is a surprise to me, to my Urologist, and my Oncologist.  My kidney was removed with clean margins and no lymph node involvement in December, 2014.  My brain scan was negative and no sign of mets to the bones.  So, it is currently confined to the chest/lungs.

What now?  I will be consulting with California Pacific Medical Center's HDIL-2 Oncologists to determine if I am a good candidate for treatment.  After that, it will most likely be Votrient, per my Oncologist.

Please say a prayer for me.  I have come to terms with this diagnosis and know that my life, whatever is left, will revolve around stabilizing the tumors and hoping to contain it.  My husband on the other hand is still working through his grief at the diagnosis and blaming the Urologist and other doctors involved.

Thank you for helping me with this journey.  Reading your stories gives me hope.