Memorial Day Weekend - A time to remember those who have passed 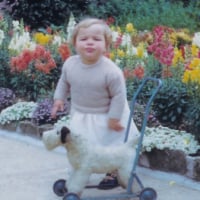 I know that they are never far from my thoughts, but this weekend even more so.

May their families and friends be comforted.