My GIST has spindle cells - what does that mean? 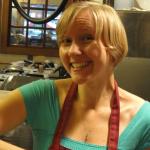 jenanesi Member Posts: 1
October 2011 edited October 2011 in Stomach Cancer #1
I'm a 28-year-old female who doesn't smoke, only drinks occasionally, is not overweight and is otherwise in fantastic health.

That being said, I recently made a trip to the emergency room because I was vomiting blood – a terrifying surprise to someone who thought she maybe just had the flu! An endoscopy revealed that a tumor was pushing through the lining of my stomach, causing an ulcer to form and bleed out into my stomach. It bled enough that I needed 6 total blood transfusions.

After the bleeding was under control, they removed the 4.2cm tumor laparoscopically. I was discharged from the hospital three days after the surgery.

When the pathology came back, the surgeon said the tumor – a gastrointestinal stromal tumor (GIST) – was benign, though they found spindle cells, so they're sending me to an oncologist tomorrow.

My questions are: Has anyone else here had a GIST? What is the prognosis? What does it mean that they found spindle cells? Will this come back? Will it be cancerous if it does?

Thank you – I appreciate your input!
0