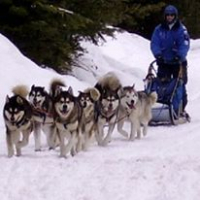 I had a lobectomy on my lower left lobe January 26, 2022. I ended up back in the hospital by ambulance twice after being released from the hospital. The cancer had not spread to my lymph nodes but in a CT scan after they did the lobectomy they found a suspicious growth in the lower right lobe and did a biopsy. That was diagnosed as adenocarcinoma too and I had radiation for that about 2 1/2 months ago, they felt I was not strong enough to have another surgery. I also have severe COPD. I have two more weeks to go before I go back to my radiation oncologist. I have to have a CT done before then. One of my questions it: Why do you have to wait 3 months of worry and anxiety before you have the CT scan done and the Doctor to give you the news. I feel like it is 3 years of waiting. Question #2: I would like to hear from those that had chemotherapy for lung cancer. Was it worth it? The oncologist inferred that I would probably need chemotherapy and I am scared to death of that.

Thank you for any advice you can give me.