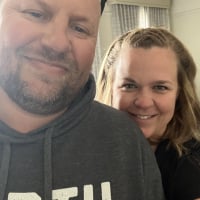 Hey all, I’m new to the group. My husband was diagnosed 6 years ago with an Anaplastic Oligodendroglioma. He had surgery, radiation and PC chemo - he’s been stable since. This past May, he discovered a small bump along his incision line and about a month later, after a biopsy, he was diagnosed with a radiation-induced sarcoma. This is another “rare” form of cancer and doesn’t usually occur this soon after radiation. Now we have to deal with this super aggressive cancer while still watching his brain tumor. Has anyone else developed another cancer resulting from previous treatment? With this being so rare, I haven’t been able to connect to anyone with a similar story. Thanks for listening!