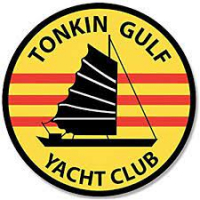 Seventy-five years old, relatively healthy, not overweight, light exercise every day of the "work week". Married 54 years to the same girl. Had RALP about 4 years ago. Cancer has been "virtually undetectable" since.

As best I can now recall, my surgeon/urologist told me both pre and post surgery that I would have ED for a period of time as well as urinary incontinence for a period of time up to and including a year. He noted that while most men recover from their ED during that period, some don't. Similarly most men get over the vast majority of their incontinence during that same period. Some don't.

Allow me to reintroduce myself. I'm "Some Don't".

My biggest problem(s) have been the incontinence part. Minimum of six diapers/pads a day. That has all but wiped out any social life I had not to mention depression. I don't go anywhere with the intention of changing a diaper while there. No one but my wife knows about this "problem" and I choose not to share it - except anonymously like here. It's one thing to change a diaper and quite another to clean up before you put on a new one and I fall into the latter category. The only semblance of socializing I do now are birthday parties, Christmas and Thanksgiving get-togethers at my daughters home. She lives the next town over, but close. Even then if the function lasts longer than an hour and a half or two at the most, I leave, drive home, clean up, change and return to the function. I used to go out with a group of guys every Monday, but quit a little over a year ago, not because of Covid but I was soaked. Similarly, I used to go out with another group of guys for breakfast once a month, but haven't gone since September or October, for the same reason.

Now, in addition to the ED and Niagara Falls, I'm depressed and not pleasant to be around. I don't want to do anything. I can't lift anything, sneeze, stand up, hug anyone or laugh without increasing the flow. My concentration is nil; I get angry at the drop of a hat and yell out. The only friend I have local is my wife. The rest I avoid because of what I've mentioned.

I've read a good deal of the PCa posts here and can't find anything similar that may shed some light on what I'm going through. Is this normal? Any suggestions?