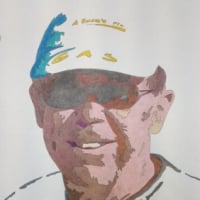 I have worn a medic alert bracelet since getting my first of several AMS 800 systems many years ago. It states “STOP-STOP DO NOT CATH” on the front and lists an 800 number to call for a web site listing all of my health data – including how to lock the unit open before urinary catherization.

Recently I had to be ambulance transported to the local emergency ward. None of the paramedics even noted that I had a bracelet, none paid any attention to mine or my wife’s explicit instruction that should I lose consciousness that they must alert the hospital about NOT PUTTING A Foley in me. At the hospital none mentioned my having an AUS and no doctors or nurses noted that I had a bracelet.

Fortunately, at the hospital I was just alert enough to tell the doctors and nurses about my implant and that my extensive medical history was available to them on the web site. None looked.

Thinking that I was possibly having a stroke or heart attack I was CAT scanned and MRI’d. As they were removing the metal bracelet, this was the only time anyone asked me about any type of implant. I told the MRI tech’s about the AUS and where to get the available data about its interaction with the procedure. None had ever heard of an AUS either.

Bottom line on this: In all the years I’ve been wearing this bracelet and in the MANY non-emergency medical encounters I’ve had…no doctors or nurses have ever paid any attention to it. Even more disturbing is the almost complete ignorance of what the AMS800 is!!! I have yet to encounter anyone (other than my uro Md’s) who knew what it is or how it works or even more importantly, how to lock it open!

Having considered a permanent abdominal tattoo many years ago, to avoid the pain of it, I decided on the medic alert bracelet instead. But…this experience has me thinking that the tattoo may be the only safe way to keep well meaning, but totally ignorant, medics from destroying one’s urinary tract.

Anyone else have experience with this?