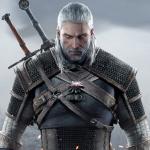 Sorry if I been posting to many forum topics not sure if that's against the rules or what not . Just I have been really worried and so has the rest of my family . See my dad's last pet scan showed alot of hypermetabolic activity . 3 new mass's and enough hypermetabolic activity in his adominal wall for them to say it's spend there . Also there is a fluid build up with hypermetabolic activity around it  Now the problems are many with this . Firstly my dad has a kidney stone that he has had for about 20 years and now has mild hydronephrosis in both kidney's . The onc didn't even mention that to us which seemed kind of weird to me .

Plus my dad had surgery only 3 months ago and his surgeon actually told him a pet scan might glow from that so it was not a good idea.And the SUV uptake is no where to be found on the pet scan report just says moderate and minimal a few times . Which in my research I have done usually the suv uptake would be listed on there . Now the onc wants to do a biospy however it's risky to . Cause my dad is recovering from two PE's in his lungs and on blood thinners which is a huge worry for us for the biospy . So stopping the blood thinners for the biospy they say is a risk but the onc wants to stop them two days before the biospy .

My whole family has talked about getting a second opinion as the pet scan seems to have many flaws . However cause the onc said that a second opinion would take way longer and we are kind of in a hurry cause my dad hasn't been on chemo in a long time . My dad made the choice to stick with the onc . Now we have had bad luck with onc's before his last one told us there was nothing more they could do and sent us away .

So maybe I'm overworrying but I can help but feel like this pet scan left to many questions mainly about having no suv uptake on it . So I feel like maybe there is to many questions to have a risky biospy cause of my dad having to stop blood thinners .

My dad is having a tough time with all this anixety really getting to him so I don't know if I should bring up a 2nd opinion again . Or just let this play out with this onc and hope and pray for the best . Just looking for opinions on if I am overworrying or not . Figured put it all in one topic vs posting alot of topics like i have been again sorry if I am overposting topics can really use some good insight .

Also my dad has neurofibromatosis which is a diease that causes tumors on nerves that can happen all over . The onc seems to think that has nothing to do with the cancer . My worse fear is there the onc is missing something by remaining only focused on the cancer spreading . When clearly there is alot of issues here that don't seem to be getting dealt with .

Update - Today we found out my dad has a UTI so now of course he thinks that is why his pet scan " glowed " . Now he doesn't want to do the risky biopsy he wants to wait till the infection clears up and do another pet scan . The onc seems to act like this isn't a big deal and is leaving it up to our Primary Doctor to say if my dad still should have the biopsy . The onc nurse actually told me she had no idea if a infection cause cause " glowing " on a pet scan . Now if though my dad's pet scan was Nov 12 and at that time he didn't have dark urine like now . He still had alot of kidney pain from his kidney problems . So could the UTI have been why the pet scan " glowed "? We are in a bad spot my dad has been off chemo for over 6 months . And waiting to get a 2nd opinion if his cancer has spread has me so worried but of course he wants to .

My whole family is so worried about this everyone wants my dad to do something else . I can't help but feel if we make the wrong choice here things gonna get way worse . We have to stop my dad's blood thinners in the morning looking for some opinions on this desperatly .