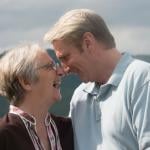 Update: Met with Hospice and now better understand their role. Guess I am not ready for it, so they say. In order to keep my lymphedema PT, I need to remain free agent ( :

????Just got a phone call from Hospice super and she says I can keep PT and the nurse just check every few weeks.??? So guess you will have to wait and see what pans out. The system is so big that the right-hand needs to check in with the left!!!

Well, she came back and indeed I am OK for Hospice and it will include my PT for the lymphedema!  I do think this is exactly what I want as I now have someone to call if something comes up. If you want to know more specifics, will be happy to share.

The four swollen lymph nodes are now 6. When comparing the March 2020 scan and the Sept. scan, it is obvious that I have metastatic peritoneal disease. At this time, feel fine with no problems. Megace/tamoxifen stopped today as did not seem to be working.   I have a number of options as to treatment: a clinical trial with Lucitanib and Nivolumab, second phase to determine dosage; Doxil; K/L. Of course, there is also the option to stop all treatment and see what happens.

At 80.6 years old, I am wondering if the side effects might not be worse than just letting things be. My daughter and I met with the oncologist today and she sent us home with reams of information to read, digest, and discuss. We, my 2 sons and daughter, will mull this over and hear all sides and then make the decision.

I will admit to leaning heavily on the "no more" option. Sometimes it is best to leave the field of battle and call a truce. I know for many of you this is not what one should do, but I am sure there are also those who agree there is a time for everything. I am extremely fortunate to have a very supportive family that know their mother well and say," your decision and we will back 100%". That means so much.

If any of you have taken these meds and want to offer advice, it is most welcome. Also welcome any other bits of wisdom you have learned along the way. This board has been my counselor since 2016. I find so much love and hope in every post.