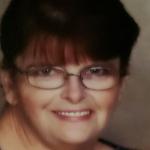 My name is Mel and I'ma basket case with grief.

I'm the oldest of 3 adult children who lost our father to Stage IV Prostate and Bone cancer on January 10th of this year. I don't want to say I feel it more than my brother and sister do, but it sure feels that way. My brother and sister both work, so they have something to take their minds off of the overwhelming grief. I am disabled and am home pretty 24/7; even more so now thanks to COVID19.

My brother lives about 45 minutes away and my sister lives 2 states away, just outside of Ft. Leonard Wood Missouri. Our mother and father were divorced in 1992 and my mother remarried in 1994.

My father was diagnosed on my birthday on February 15th of 2018. I truly feel that the only favor that cancer did for us was give us time to accept his fate and say goodbye. Being that my sister lives in Missouri and my brother lives 45 minutes away, I knew that as the cancer progressed, the caregiving would fall on me. We were given hope that he'd make it another 5-10 years but that was not to be. Treatment after treatment would last a little while and then stop until there was nothing left but for him to live on blood transfusions until they couldn't be done anymore. We made the most of the time that he had.  When my Dad was diagnosed, I asked him if he could wish for anything, what would it be? He said he'd truly love to go on a cruise of Alaska. I set about finding wish organizations for terminally ill adults. After finding one, his wish was granted. On September 4th of last year, we took a cruise just him and I. We rented him a scooter so he could get around the ship. We had the time of our lives. We had so much fun.

After we got home though, the cancer had rapidly started chomping on his spinal cord and he started falling.  At first, it was an occasional fall. Then, they were becoming more and more frequent until Dec 31st, he lost the use of his legs. It was time to call in hospice. He wasn't with hospice even 2 weeks before he was gone.

So, my Dad didn't even make it two years. I had reasoned the whole time that cancer was giving us time to say goodbye but I didn't factor in that after he was gone, I would be lost as his caregiver and that my best friend is no longer here.

I can't even get away to get a new perspective on life because I'm locked in my house. 2020 is the crappiest year EVER.