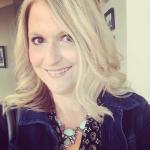 I'm heading to the Mayo Clinic in two weeks for them to evaluate my approx. 6cm cystic mass on my left kidney, which has recently grown.  I originally thought i had a kidney infection, so I had an ultrasound, which showed the growth of the kidney mass, AND a solid mass in my pelvis, which appears to be new.  I was originally scheduled to go to Mayo in November, but after this new mass was found, they moved up my appointment.

They have me scheduled for an abdominal MRI w/wo contrast for the kidney, and then the next morning a pelvic MRI w/wo contrast!  This seems to be a lot of contrast!  I have had a lot of MRI's with contrast, and after the last MRI I got sick with "flu-like" symptoms, I really felt terrible.  The thought of having this test two days in a row is really giving me a lot of anxiety!  I've repeatedly talked to the doctors there and they are insistent that I need both tests to rule out malignancies in two different areas in my body.

I'm wondering if anyone has had two MRI's in a row like this?  They are claiming it's not unusual for people to have multiple scans over a short period of time there.