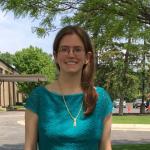 My oncologist has said that the highest chance of recurrence for me as a stage iv colon cancer patient is highest in the first two years following diagnosis and then goes down through five years and then sharply goes down after that. I can’t seem to find it anywhere so I thought I would ask here. Does anyone know what that chance of recurrence is those first two years?