I now have another cancer 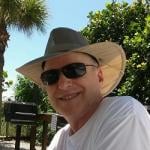 I've posted this in a couple of other prostate forums, so forgive me if I repeat myself.  This has all happened just within the past month.  My GP ordered a CT scan three weeks ago because my pancreatic enzymes were off.  The CT revealed a golf ball sized mass in the small bowel mesentary, which is a structure within the peritoneum that supplies blood to the small intestine.  He referred me to a gastroenterologist who informed me that this type of mass is usually carcinoid, and he referred me to a surgeon to perform a biopsy.

I just saw the surgeon on Friday and he said that where the mass is located it cannot be accessed for something like a needle biopsy (because of all the blood vessels and such) and that he would have to actually remove the mass to confirm whether or not it is malignant... also removing the affected part of the bowel in the process. He may be able to do it laproscopically, but there's a one in three chance that it may need to be open surgery.

The small bowel mesentary carcinoid is rare enough.  Typically carcinoid tumors affect the pancreas (as Arethra Franklin had), the colon, rectum or appendix. Carcinoid belongs to the general category of neuroendocrine tumors.  There are some possible non-carcinoid causes of this type of mass, however they are extremely rare, with only a few hundred cases reported. So it looks like the writing is on the wall.

Right now there is a serious complicating factor in that I have been on a high dose of prednisone for the past two months for another condition, Trochleitis, which is a rare condition of the structure that controls eye movement (it seems all I get are rare diseases... prostate cancer may have been the most "ordinary" of them). I see the neuro-ophthalmologist tomorrow and need to get from his a timeline of when I will be off the steroids and allow my natural adrenal system to recover sufficiently to undergo surgery.

The surgeon said I need to act in weeks, not months.

This is pretty scary.  I suppose if this were my first cancer I'd be freaking out. The prostate cancer was scary enough.  This week will be the second anniversary of my prostatectomy, and last year at this time I was undergoing adjuvant radiation (Aug-Oct).  I had just passed my third consecutive undetectable PSA last month, and felt it was time to move on with my life.  Of course, I am still on ADT, so will not have a truly meaningful PSA read until after all the Lupron has left my system, probably in 2020.

It seems like I've been getting blood tests every week now.  It may just be a coincidence, but when I started the prednisone I began having super hyper hot flashes, with profuse sweating and tightness around my diaphram.  I attributed it to the combination of Lupron plus steroid, and didn't really think it was anything.  In fact, I had already been scheduled for nasopharangeal surgery in three weeks to correct a bone deformity at the base of my skull that is putting pressure on my airway.  But now I've had to cancel that.  Just when I thought I was getting ahead, I get hit with this.

So far I haven't found any support groups or online forums for this type of cancer.  I thought I was handling it well, but as time passes it's starting to sink in.  With my wife's lymphoma last year this makes three cancers in three years. Pretty scary.  I don't know what might come of this, but just wanted to let my friends here know what is going on.