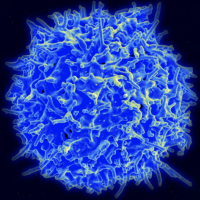 The T-Cell Leukemia Lymphoma Foundation is conducting a patient education forum in Honolulu, Hawaii on Saturday, September 2nd, 2017. It will be presented at the Waikiki Beach Marriott from 8:30 AM to 2:30 PM. As always, registration (required, but free) is easily done online. A continental breakfast and lunch are provided. A great opportunity to hear from, and interact with one of the luminaries in the T-Cell Lymphoma world, Dr. Andrei Shustov of Fred Hutchinson/SCCA/University of Washington. Both systemic and Cutaneous T-Cell Lymphomas will be discussed. Additionally, doctor's registered nurse will address issues relating to treatment and side effect management. There will be a three-time T-Cell Lymphoma and Myelodysplastic Syndrome survivor there to provide a patient's perspective. Patients, caregivers, family members and medical providers are all invited. The information available there can be crucial to a good outcome with these rare and difficult lymphomas.