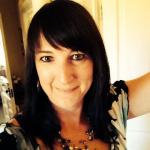 I was initially diagnosed with type 2 follicular lymphoma Dec 2014.  After 6 months of benda/rituxan I was put onto two years of rituxan maintenance.  After my 2nd treatment I slowly started the process of returning to work. I'm a full time lab technologist (we help diagnose lymphoma among other things, ah the irony).  The process took 3 months and the minute I hit full time I got sick, first the flu, then bronchitis.  I realize the timing didn't help, hitting full time in February but I'm wondering if anyone out there has experienced this, or does work full time while on maintenance.  I'm now back down to 6 hours days.

I should also mention I'm a mother of 3 children under the age of 12 and I commute to work about 45 minutes one way.

Thank you in advance for any feedback.