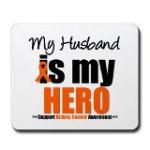 Hi all, I am checking back in.. its been a rough summer... In April, Chuck took me on a surprise trip to Pa for my Birthday my Mom had been having health issues.. and I was concerned... The trip went great and she looked good.. however she had a large lump in her neck...Two weeks after the trip she was having exteme vision problems and went to the eye doctor thinking it was a her caterac surgery... he told her her thought it was a stroke.. I knew better and made her go straight to the hospital... where they found a large tumor in her lymphnode, lungs and brain... I had been trying to get her Dr to give her a CT scan of the spot in her shoulder for 3 months and he would not do it.. said it was not called for...We made the trip to Pa again.. and fought to get her moved to a larger hosptial in Pittsburgh (she would not come to NC

)the hospital she was in and her Dr felt they could handle the tumors.. once she arrived in Pittsburgh we met with a team,, and it was deicided the Brain tumor needed addressed as it was causing the most short term problems and not allowing her to read to paritcipate in her care...she had awake brain surgery Dr Amankular was amazing, something I assure you the small regional hospital could not have done... and started Whole Brain Radiation then Chemo... she finished with her chemo last month and has follow up scans next week... it is extensive stage 4 Small Cell Lung Cancer.. and Chuck is still being treated for his Stage 4 Kidney Cancer... so a lot going on... He has his next scans on the 25th

I was saddened to hear about Ron on Smart Patient... he was very welcoming and comforting to me when I started here... he will be missed greatly by all!! Hope all is well with everyone else... I was not here but you have all been in my thoughts and Prayers!