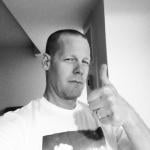 In an attempt to solve the puzzle, I'm starting a topic so people can write in to see if there are any similar circumstance leading up to Hodgkin Lymphoma. My Lymphoma was NLPHL. Here are some of the new things I was doing in the two years prior to diagnosis:

-taking Allegra or Claritin (and generic) for allergies;

-using allergy eye drops (allergic to cats but couldn't say no to my kids);

-taking lactaid tablets when having dairy;