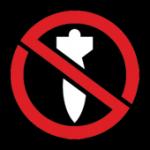 My first post to CSN. Just diagnosed with PSA of 14, I believe. CAT and bone scans reveal no spread of cancer from prostate. I'm an otherwise healthy and fit 64-year-old whose main concerns are 1. ridding myself of cancer and 2. sexual function. With that in mind, does anyone have strong feelings either way about the two options I outlined in my subject line? Thanks in advance.