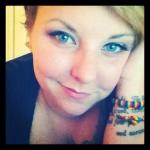 Hey. I was supposed to have Chemo round #2 tomorow but my Dr. called and said I have neutropenia. Is this a common thing? I am getting another blood test next week now to see if we can do Chemo next week.

I am irritated to say the least. I want this cancer gone. I don't want to have to wait another week! (insert whiny voice).