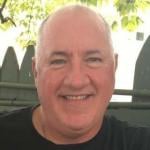 Context. I am 49 year-old male, Stage 4 CRC, diagnosed in June 2011. I originally underwent 11 treatments of Fofox/oxciliplatin before rising CEA levels prompted concern of cancer growth. Even though CT scans were showing all clear, my persistent onc (good thing) called for more tests. An MRI finally revealed two clear larger tumors and possibly five or more smaller tumors. This MRI was of poor quality supposedly due to me breathing when I should have been holding my breath. Anyway, the radiologist reported the as possible smaller tumors / metastisis but inconclusive.

Because of the possible additional tumors surgery was not given as an option; instead the prognosis was to receive four treatments of Fofiri and Erbitux, repeat scans, and reassess. Over the four treatments my CEA dropped from 40 to 3.4 (the lowest since being tested).

Scans were completed and the results were excellent. The two larger tumors have shrunk considerably and the possible smaller tumors (the shadows that were inconclusive) were not visible at all. I'm now scheduled for liver resection sergery on 4/19 (allowing some time to recover from chemo).

As part of the operation the surgeon will do an ultrasound of the liver. This will supposedly be a much better / more accurate image of the liver.

The best possible scenario (what we are hoping for) is that the smaller tumors were not tumors at all. In this scenario the ultrasound and visible inspection will show a healthy liver except for the two known tomors. The worst possible scenario is that the inspection and ultrasound show many tumors, too many to deal with surgically. In this case they will not even cut out the two known tumors.

I suppose that the probable scenario is somewhere inbetween?

So, one hurdle passed, onto the next!

One question I have (in case some of you have crossed this road) is related to the upcoming liver resection. They are planning to use the da vinci to do the surgery (e.g. mininmally invasive surgery). The surgeon said that I'll be in the hospital for one night and to plan on a two week recovery then back to work (office job). Have any of you gone through this type of liver resection? Is this consistent with your experience?
0