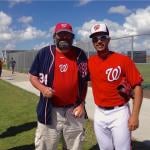 As all of the genetic markers have not been identified, the genetic testing I have had may or may not give insight into the gene.

My concern is multifaceted: I am relatively young (48). I now have one kidney. What are the odds of another RCC developing, but in my left kidney? My understanding is the way the genetic mutations work, they limit the suppression of the formation of the cancer, so I should be at heightened risk for a tumor in the left kidney. My urological surgeon says that I am not at heightened risk for a new cancer in the other kidney. I say BS. I spoke with a genetic counselor, but she did not really understand the issues with RCC, as it is rare.
Does anyone know anyone that can help me? Also, is there anyone out there in the US that specializes in genetic RCC?

I am also concerned about my daughter. She is 10, and I would like to find out if she is at heightened risk for RCC.