Life and exercise after RCHOP 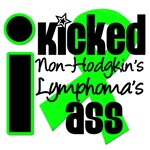 hijenist Member Posts: 6
January 2012 in Lymphoma (Hodgkin and Non-Hodgkin) #1
After 6 rounds of RCHOP for Large B Cell Mediastinal Lymphoma, my oncologist said I was in remission. It has been three months since, and although my energy is returning I still don't feel 100% It seems like everyone around me expects me to be completely back to normal! One of my issues is that I am in the Air National Guard, and they want me to complete my fitness test of 1.5 mile run, timed push ups and sit ups. I tried to tell them it has only been three months, and they don't seem to get it. If you have gone through this therapy, can you tell me how long it took to get back to a regular exercise routine? It is everything I can do just to work and take care of my 7 and 9 year olds. My last blood count shows my WBC at 2.5 which the doctor doesn't seem to worried about. Thanks for any responses!
0