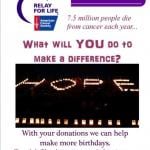 keephopealive11 Member Posts: 21
December 2011 in Kidney Cancer #1
I am 48 yrs old dad with two beautiful young daughters, and had a sudden right low back dull pain and pressure 3 days ago. Went to the ER, and found there is 6cm kidney mass from CT. "There appears be hemorrhage in the upper portion of the mass". I asked being transferred to another hospital for a second opinion. Had a multiphase CT (including contrast). "in the mid to lower pole of the right kidney, there is a 6x6.1cm complex mass most suggestive of a hematoma, This demonstrates no enhancement after contrast administration". I was discharged from hospital, and asked to follow up with urology in 4-6 weeks for another check. Assumed that the blood will be absorbed in few weeks so the next scan will reveal the underlying. BTW, the mass almost in a perfect cycle. My question is that to be waiting for 4-6 wks will cause the cell spread? I had feeling that the kidney will be removed anyway by giving the mass side so why wait? Thanks in advance for any inputs!
0