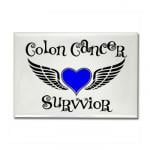 RIDDLE: Five young girls are all friends and are all big Disney fans. They have named their pets after cartoon characters from their favorite Disney movies. Each girl owns a pair of pets of the same species. Each pair consists of two differently colored creatures of the same age. Can you figure out which girl owns which pets, their colors, ages and names?

Emma is allergic to dogs.

Just one girl has the same first initial as both her 2 yr old pets.

The girls don't usually take their pets with them to visit each other. It is certain that Mike and Sully would try to devour Aurora and Ariel, and also that the blue and brown pair would consider the blue and white pair a tasty snack.

Lilo and Stitch live in the same house as Aurora and Ariel because their owners are sisters. There is no reason to think they would attack each other. In fact, they probably aren't even aware of each other.

Audrey's pets are exactly twice the age of Aurora and Ariel.

Timon and Pumba are older than the cats but younger than the red and brown pair.
0