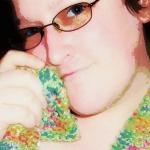 ShellBell77 Member Posts: 7
July 2011 in Lymphoma (Hodgkin and Non-Hodgkin) #1
So, yesterday I went down to Ann Arbor to the University of Michigan to talk with a Lymphoma specialist. They told me my case was rare. That I have Nodular lymphocyte predominant Hodgkin’s lymphoma (NLPHL) It is one of the less frequent types of Hodgkin’s disease comprising about 5% of all cases of this cancer. They said they give me a 70% chance of making the cancer go away BUT only a 50% chance that it won't return within 3 years. Meaning it will tend to come back and I'll be lucky to get a remission of even 3 years. They are going to talk about chemo plus Rituxan and talk about bone marrow transplant as well. Dr. Bixby said that he and a team of other Hematologists and Pathologists and Radiologists would talk about my case this thursday and come up with what they think will be the best plan for me and will be calling me this friday to tell me their plan.

At this moment I am really not sure what to think or feel...
0