Roger (Crow71) was much more than most of us knew 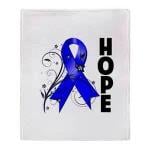 
Roger graduated from Forsyth Country Day School in Lewisville and attended Emory University in Atlanta, GA, where he earned a Bachelor of Arts in Religious Studies and a Master of Arts in Teaching. While attending Emory, Roger was a member of the Track and Field team. He also was active in an advocacy group for the homeless, and worked as a teacher’s assistant at The Paideia School in Atlanta. Following graduation, Roger taught grades K-2 at the Paideia school from 1994 to 2000.


Roger and his wife, Kim, returned to Lewisville in 2000 and became deeply involved in the community. Roger was elected to the Lewisville Town Council in 2007 and re-elected in 2009. His passionate commitment to community affairs generated lifelong friendships. Although Roger was involved in many endeavors, including construction and real estate, his true passion was teaching. His years on the faculty of The Paidea School in Atlanta were instrumental in the formulation of his views on progressive education. In the fall of 2009 Roger was eagerly anticipating his teaching assignment at Forrest Park Elementary School.


Roger’s love for children, passion for teaching, and enthusiasm for soccer all came together with his ongoing involvement with Twin City Youth Soccer Association where he coached all three of his children at various times. Many thanks to those involved with TCYSA and their support of Roger and his family.


As both alumni and parents at Forsyth Country Day School in Lewisville, Roger and Kim were very grateful for the community at FCDS. It was a great comfort to them to see their children so happy at school during a difficult time for the family. A special thank you to the teachers and administrators who touched their lives.


Roger grew up attending the Unitarian Universalist Fellowship of Winston Salem and became a member upon his return to North Carolina in 2000.


Roger and Kim were grateful for the love and support that they received from family and friends both in this community and around the world. A special thanks to Dr. Mebea Aklilu at the Cancer Center at Wake Baptist Health. He always went above and beyond in his care for Roger.


A memorial service will be held on Saturday June 18 at 10:00 am in the Brendle Recital Hall in the Scales Fine Arts Center at Wake Forest University in Winston Salem, NC.
0