WBR through, next is Temodar pill to treat lung, ab and brain mets 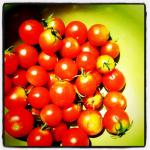 dearfoam Member Posts: 82
May 2011 edited May 2011 in Skin Cancer #1
Dad had his first appointment with the melanoma expert/ medical oncologist yesterday after his last of 15 whole brain radiation sessions. They doctors seem happy with his radiation so far - he is walking (assisted by walker but not always needed) and has not had nearly as many short term memory problems in the past 3 weeks. His steroid (dexamethasone) is also going down every week (4mg currently, 2 next week, and 1 for the following 2 weeks until next MRI and followup with radio oncologist in 4 weeks).

Anyway, the medical oncologist says he would like my dad on oral Temodar daily for 21 days/ off for 7 for two cycles, then they will do a CT to see how it's working. They will see him for blood count checks of course, but I am glad to be able to do this medicine at home and not make daily doctor visits.

I am a little nervous about the side effects of so much else going on, though, as weaning off steroid, going on Temodar, and the progressions of brain tumors all have similar side effects, namely the fatigue and weakness he had before, plus nausea that can be caused by both.

He has maintained a strong immune system so far - no colds or cooties from the week long hospital stay after the needle-biopsy induced pnuemothorax, visits form grandchildren, etc. I know we will have to be very careful once chemo begins. I have been trying to keep him eating a healthy mix of fruits and vegetables in addition to the "whatever he wants" items, though I refuse to serve fried, greasy stuff everyday.

We have been using some immune "boosting" supplements but the doctor said (vaguely) not to use herbs during the chemo since the liver has to process the drug and the herbs can take up a lot of the liver's time. I asked what herbs to specifically avoid, but just got a blanket answer as a reply, which annoys me since herbs are technically leaves/ stems of a plant, and I happen to cook a lot and use all kinds. I am not going against the doctor but I guess I do not understand how the drug is processed after being swallowed and what the liver does with medicines and herbs. FYI I am not making up some weird concoction of herbs, just asked him since I use a high-quality supplement of freeze-dried juice made from antioxidant edibles. The thing is if they don't want me to give him the supplement I will still feed him lots of the food with the same substances as part of a "healthy" diet with an "approved regular multivitamin, so I am not too worried about that. It is just easier to take a supplement when you are not up to eating a lot and I have a feeling dad's great appetite is about to go bye-bye with the meds.

Dad knows he has "incurable" cancer and wants to try everything he can to stay healthy as long as possible. I do too, duh! I am just nervous as to what's ahead in the coming weeks and if this will prove worthwhile.
0