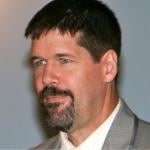 RickMurtagh Member Posts: 586
April 2011 in Colorectal Cancer #1
It is Friday! Okay, I am unemployed and for me every day is a Friday. At least it might as well be I usually don't know what day of he week it is unless someone tells me. But I had my appointment at MSKCC yesterday and that was Thursday, so using a bit of deductive reasoning with the only assumption being I did not sleep more than 24 hours, I threw my hat confidently in the ring for today being Friday.

My massive sacral tumor is just that - massive. Two doctor's now have stated it was inoperable and while chemo might be attempted, at best the result might buy me a slight reduction in tumor size and thereby allow me slightly more time without an increase in pain. But even that has little hope of achieving that goal. My case goes before the board at MSKCC Monday night, but I am not expecting anything promising. Without a surgical option and little chance of measurable success through chemo treatments, my care plan right at this moment will be pain management and treating symptoms.

So far Dilaudid has managed my pain reasonably well. Symptom care will be determined as needed. In the near term will probably be a permanent ileostomy and urostomy since the tumor is already massive and affecting those functions. Then it depends how the cancer progresses. Involvement of the liver and lungs later is probable and chemo night be a good response depending how everything else is progressing. Who knows how this disease might progress and what the involvements might be.

I have come to this place happy with the care I have been given so far and content that I made the best decisions I could with the information I had at hand. That being said I will very likely die from this disease and only time will tell when. We still have trials to look into and possibly a third opinion, but I don't have much hope for either of those at his point in time. Initial inquiries into trials has not been promising and it is highly doubtful that a third opinion will yield a different diagnosis, the tuner has just become too large - maybe I can apply for my own zip code - it is that big. Thank you for listening...it means a lot.

Okay, talking of dying reminds me of a joke. It goes like this: I want to die peacefully and quietly in my sleep like my grandfather, not screaming and yelling like all the people on his bus!
0