Dairy and Prostate Cancer: Is Milk a 4-Letter Word? 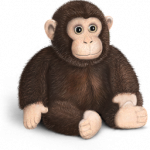 Kongo Member Posts: 1,166 Member
April 2010 edited March 2014 in Prostate Cancer #1
Since my diagnosis two weeks ago today, I've been doing a considerable amount of research as many posters on here do as well. One thing that really strikes me is the disparity in the PCa density among American and European men as compared to Asians of all age groups. Men in North America have prostate cancer at the rate of about 136 per 100,000 versus 2.8 per 100,000 in China. African-American men (as opposed to African men) have the highest rates of all approaching 170 per 100,000. Genetic factors aside, it seems that diet, lifestyle, and socio-economic status plays a significant role in the incidence of PCa. The biggest difference between Western and Asian diets is the use of dairy products. The Chinese simply don't use dairy at all. In America, about 40% of our diet is now from dairy products. Asian men who immigrate to Western nations contract PCa at close to the same rates as those of European heritage within a generation as their diet changes. In urbanized areas of China that are become more Westernized, the rate of PCa is increasing among men of all ages as imported dairy products are substituted for traditional diets.

One of the books I read was Jane Plant's Prostate Cancer where she builds a strong case that several of the characteristics of bovine milk appear to act like candy to breast and prostate cancer. I actually met and had lunch with Professor Plant several years ago in London shortly after she wrote a book titled Your Life in Your Hands which documented her defeat of metatastic breast cancer after being given only a few months to live through the elimination dairy products based on studies she had done on the Chinese diet. After my own diagnosis, I began to do additonal research.

Bovine milk has several ingredients that accelerate cancer growth in the laboratory. Some of these chemicals include IGF (Insulin Growth Factors), EGF (Epidermal growth factor), Prolactin, and others. Modern dairy cattle are also given growth hormones that increase milk yeild and have been shown to accelerate cancer cell growth in laboratory studies.

Several studies have shown a strong, positive relationship between the consumption of animal fat from red meat and dairy products on prostate cancer.

Some would say that Asians have other types of cancer, particularly those related to gastro-intestinal functions but many scientists who have studied those believe these are most likely caused by poor food preservation techniques and lack of refrigeration in rural areas. Chinese do eat pork, chicken, and duck but not in the amounts that we eat red meat. (Interestingly, cattle was not one of the animals that was ever domesticated in China...cattle were domesticated in the Indus Valley and spread westward into Europe about 8,000 years ago).

Some will also say that some studies have shown a relationship between certain intake levels of soy and prostate cancer but given all the millions of Chinese who regularly eat soy instead of dairy I'm not sure those aruguments make sense. Soy also has small amounts of estrogen in it but it doesn't appear to have dampened the potency of the Asians who use it instead of dairy.

In the past week I made a decision to replace all of my dairy intake with soy, eliminate red meat from my diet, cut down on all meat in general, and avoid alcohol consumption except for an occasional glass of red wine in the evening. So far, the result has been the loss of 9 pounds.

I wonder if others have made dietary changes in conjunction with their diagnosis and how that is working for them.
0