6 month check up after NED/update 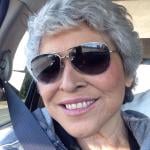 Nana b Member Posts: 3,030 Member
November 2009 edited March 2014 in Colorectal Cancer #1
Hello everyone, as most of you know, I just found out the I am NED and that I don't have to go back for a scan for another 6 months. My family thinks that is a long time to go without a check up, so thought I would ask my freinds here on the board what the norm is for a followup scan after your first NED results. I know I should be escatic with the NED news, but their concern has me thinking...........again.

I talked to my ONC and he told me that he was planning a blood test in 6 weeks to look at my CEA. That makes me feel better. He also mentoned that if I get pain on the right side and on my right shoulder I should call him because that is an indication of tumour activity in the liver.
0