Is it me being dippy 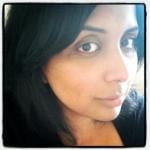 Sonia32 Member Posts: 1,071
August 2009 edited March 2014 in Colorectal Cancer #1
Or has mebored's threads been deleted? Reason why I ask, I replied to his kicking himself for posting to this group and Donna followed me and this morning it's gone?

I know we didn't say anything offensive, just said he should stick around and craig, phil and buzzard etc were genuinely nice

Anyway if he's been banned then I'm sorry that its happened