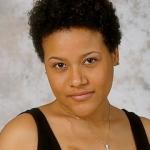 christellabelle Member Posts: 24
June 2009 edited March 2014 in Colorectal Cancer #1
After two years and four months, i finally decided to join a network where i can talk to people im related to, to share my story and to learn from them. I can tell you that i wish i had done it long before because by reading some of the posts i got good insight and they really encouraged me to fight, specially when i read that the stats on the net are really oudated. I have been strong and optimistic through all this but sometimes when you read things that are depressing and discouraging specially when they come from good sources, you kinda wonder. I want to say thank you to all of you really thank you!
There was a time in my life that i thought i went through the worst, but the worst had yet to come. So many bad things had crossed the path of my life that i almost didn't think that another bad thing was going to happend. just to say a few, I lost my mother after only knowing her for three years and i was thirteen when she passed away. i never knew my father, and i don't have any blood related family close to me, only some friends that i called familly. And believe there are other things that i chose not to mentioned now or may be for later.
I came here to this country to better my life, but it's been so hard because i couldn't get my document paper straight till then. Well i was able to go to school because my dream is to become a registred nurse so i managed to pay by working hard and doing almost all type of job. When i was so close to make it to the program, i mean i completed all my requirements and i was about to start nursing classes and clinical then cancer strike.
I was so focus to make it or to make an identity for myself i was barely taking care of myself, i mean i was constipated for the longest and even when i started to see trace of blood in my stool and pain in my abdomen, it took me awhile to go to see a doctor. Couple weeks after i saw my doctor, he suggested a colonoscopy which i did and that's when i found out that i had a stage 3c colon cancer. It was Feb. 07, then a week later i had surgery and went on folfox for six months with the hope that it would be the last time. But a year after i started to get seek again with stiff abdomen and nausea so i went to the emergency room just to find out that i had endocarcinoma with colonic cells. The tumor was right in my pelvic area, this time it was no joke, i spent a month and half in the hospital. I had fluid in my belly, lung and i had so many parasentesis done before i was able to go to surgery. Finally in may, 08 i had a complete Hysterectomy then i was put on folfiri for six months , but i only completed 10 out 12 chemo due to side effect. Well it was not gonna stop there last April after a routine checkup they spotted two lesions on my right lobe liver, but i just now started chemo last week because i couldnt get the drug approve, the company refused to approve it although my social worker and my doctor did all they can to help me out so at the end i had to go to bellevue because they have a program for undocumented immigrant with no insurrance. I can tell you herbitux is no joke man...i was warn for the rash, but i wasn t prepare for that type of rash Wooooooooooey...Ironitican is a killer too, i had it before and i'm having it now too and it doesn't look good for me. I don t know yet for how long im gonna be on chemo but i will take it as long as my body can handle it and as long as they want to give it to me. At this point all i can say BRING IT ON!
let me tell you this and people ask me the same thing all the time HOW YOU DO IT? I don't know how i do it, all i know is the Man upthere has a lot to do with it. These are some unfortunate events in my life, but you know what i know i don't have it worst. there are many who have it worst than me. people with terminal cancer or with rare form of cancer, little kids who are dying from preventable disease or from hunger i mean the list goes on. I don't have it worst, we don't have it worst. so with this mindset we can fight this, we can get the strenght and courage we need to fight this fool disease.
0