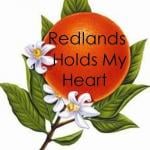 As I posted, I just got the 'all clear' on a colonoscopy, and breast cancer exam showed nothing new...BUT...

Something naggy was in the back of my thoughts...so I went to a site that listed follow-up treatment (scans, etc) for colorectal cancer. To my surprise, my oncologist isn't following the guidelines....sigh...Why do I have to manage my own care? So I called my doctor, talked to a gal who will pass the message on that I am requesting a CT of the chest/ab/pelvic area...my last one was in May of 2007! The standard, I read, is one a year for the first 3 years....can we say 'watch for mets'?

Sigh...I don't want to be overreactive, but underreactive is what landed me in treatment in the first place. On top of which the organ that first had cancer (my rectum) is gone...so how could I 'tell' if there is a reoccurance???

Thanks for listening...I'm just tired of having to manage my own care...I am blessed that I am here..."You have to be breathing in order to whine!"