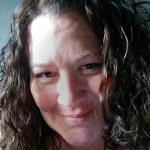 Around May of 2016, I began having some difficulties with my health and began exploring with my family dr a myriad of tests. At the time, I was being tested for endometrial cancer and that was negative but they found some irregularites with my blood not clotting properly. During this time, I have been feeling very fatigued and not so well. In September, I was back at the dr because I had started at school again(I'm a teacher) and was sweating uncontrollably all of the time. It got to be kind of funny with my 8 year old students and their teacher walking around with a towel all of the time. Anyway, long story short...more tests were ordered. One was an abdominal ultrasound. In the findings from the ultrasound, my right kindney was flagged for a dromedary bulge. My dr told me not to worry, I might just be made this way. In the meantime, I'm going through a bunch of other tests and each one scarier than the next and happily getting good results. I was thinking I was through the worst of it. My dr scheduled me for an ultrasound  3 months later. At the end of December 2016, I had this ultrasound. On January 3, I got a call that this was not a dromedary hump but a 5.8 cm solid mass suspected RCC or an oncocytoma.  My dr was floored and feeling very badly that we waited 3 months for another look. He explained all of the ultrasound report to me.

An MRI was scheduled for last Friday. I went to the MRI but have not yet received results. Is it correct that they often cannot tell the difference between oncocytoma and RCC?  I'm doing my best not to freak out over this because nothing has really been confirmed. I've got so many mixed emotions because I'm glad they finally found something, but I'm scared as hell that it is kidney cancer.  I have not been referred to a urologist yet. My dr said he would refer me after the results from the MRI come in. Does this sound pattern sound familiar to anyone? Any advice for me would be appreciated.  Thanks