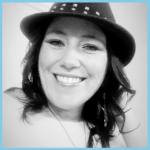 Just was curious if anyone on this boat had ever been diagnosed with stage 1 RCC and ever had any recurrence. I know statistics say it's very unlikely but numbers don't always tell the truth. If anyone would like to share their story I would appreciate it.