Wouldn't it be lovely (Chrysin) 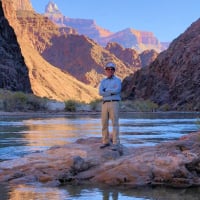 This is a test-tube study from Taiwan of a botanical chrysin (available for sale now in specialtly stores) that they theorize could be as effective as oxaliplatin/5FU.  Of course, this is preliminary information, but wouldn't it be lovely if it panned out?