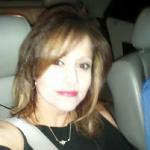 Other than having Kidney cancer last year I've had allot of other health issues. Well after many many test they finally found out that one of my many problems is I have a growth hormone deficiency. Well there is treatment for this which is replacing them with daily injections. My question is it if anyone knows of this and am I crazy for going through with it. My endocrinologist thinks it may be risky since I had Kidney cancer because it makes cells grow good and bad ones. I told him that I was told that all my cancer was removed and he said no one is 100% positive that it is. I finally had come to a place of not being scared and now he has me wondering if I should go though with the treatment. I was stage 1 grade 1 so everyone has told me that I'm cancer free and my chances of recurrence is zero so now I'm just confused. Any opinions or advice about this.