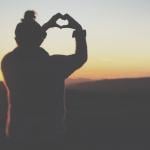 I came across this new study and thought I'd post it here in case it helps someone down the road.

"Superiority of VCB/C compared with pelvic RT was not demonstrated. Acute toxicity was greater with VCB/C; late toxicity was similar. Pelvic RT alone remains an effective, well-tolerated, and appropriate adjuvant treatment in high-risk early-stage endometrial carcinomas of all histologies."