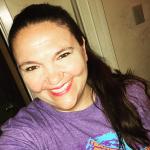 For anyone that had a drain...how long did it take for the hole to close after they took it out?

Thanks for any info